Curly birch (Betula pendula var. Carelica) is a rarity in the world; its narrow range includes Finland. As a consequence of burn-beating, a method used in cultivation in the old days, naturally reproduced curly birch is now widely distributed in southern Finland. Planted curly birch trees thrive well even in the far north of Finland.
Due to its rarity and decorativness, curly birch has been considered a valuable and interesting specialilty and therefore, when in demand, it fetches a higher price than any other Finnish tree species. Also from the morphological, physiological and genetical point of view, the phenomenon of curly graininess has long attracted the attention of forest scientists and industry alike. In Finland, curly graininess had been found, in addition to Betula pendula, in Betula pubescens, Alnus glutinosa and Sorbus aucuparia.

The occurrence, form, distribution and cultivation of curly birch have been the object of study in Finland since the 1920´s. Apparently, at the present time, the world’s oldest and the most imposing cultivated curly birch stands are found in the experimental areas of Finnish Forest Research Institute. However, in Russia and in some Central-European countries, the interest in curly birch is great.

Visaseura was founded in Finland in the year 1956. Its purpose was to promote the cultivation and use of curly birch and to coordinate the activities of curly birch cultivators, forest industry and research. The society has listed among its members, in addtion to forest owners interested in curly birch, a large number of most noted in forest scientists, beginning with professor Olli Heikinheimo.

From the start, the society has been very active. It had made excursions and held informative meetings every year. Furthermore, the society has held exhibitions or participated in more extensive agricultural and forestry fairs. Also, it has annually taken part in the “Finnish Forest Week” arranged every spring, and has made a contribution to the program. In connection with the excursions referred to above, numerous model curly birch stands have been established in different parts of Southern Finland.

Curly Birch Society has supported curly birch research in many ways and disseminated information on the cultivation and use of this species, by articles published in press and by research publications. Some investigations, made by members of the society were published in the issue of Silva Fennica in 1978 (Vol. 12, Number 4:241-274) in purpose to mark the 20th anniversary of the society and to make its activities known, beyond the borders of Finland. 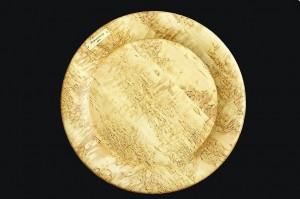